As a child, Kraft Mac and Cheese was the end all food. Yes, the bright orange color is highly suspect, but the taste… ooooooh the taste. As a parent preoccupied with natural, organic foods, I tried several other brands and eventually switched over to Annie’s, but it took a few tries to find something approximating that salty, tangy cheesy flavor found in every blue box. And forget about homemade – it just wasn’t the same.

True to form (I think this is written down as rule #3 in the Child Handbook somewhere), my kids devour Mac and Cheese. But I haven’t made out-of-the-box Mac and Cheese in quite some time. Instead I’ve been making this recipe. Gooey and cheesy and delicious, it really doesn’t take that much more time to make than the classic stuff in a box, and there’s the benefit of knowing exactly what you’re eating. 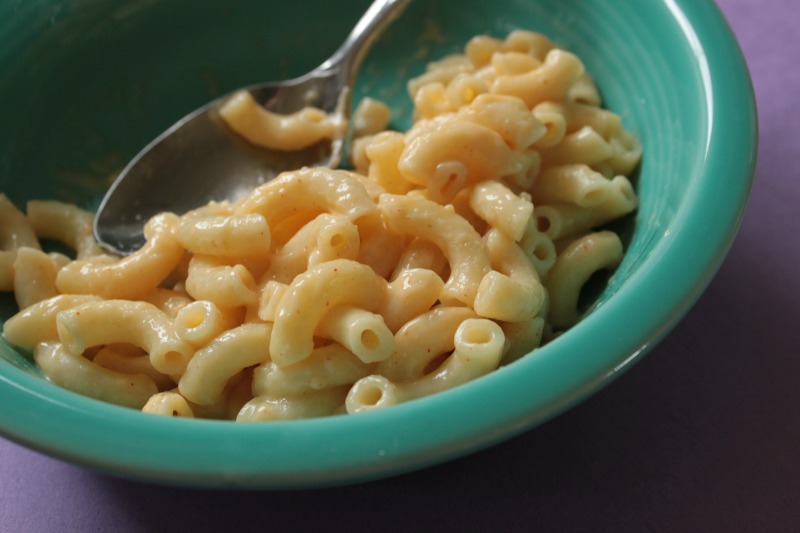 It also makes a HUGE batch! I usually make this for lunch, and have enough left over for a dinner side or another couple of midday meals. True, there are times when I wish for the convenience of a box… particularly when the baby is cranky and it’s a struggle to get anything done, but generally this hits the spot perfectly.

This is a riff on a recipe originally found on The Kitchn. My original experience with the recipe was sort of ho-hum, but a few changes take it from “meh” to worthy of turning down the boxed stuff. I hope you love it as much as we do!

adapted from The Kitchn 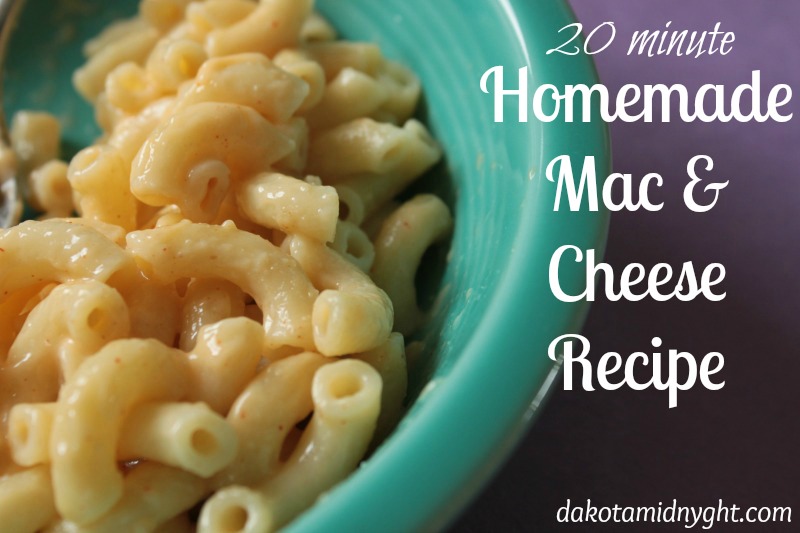 1. Fill a large pot with water and add at least 2 Tb salt. (This is one of the secrets to making it spectacular mac.) Bring to a rapid boil.

2. Add the macaroni and cook until done – typically 9 – 11 minutes. An easy test is to cut or bite through a piece. If there’s a lighter, crunchier line in the middle, it’s not done.

3. While you’re waiting for the water to boil and macaroni to cook, grate 3 – 4 cups of cheddar cheese. I like to use closer to four cups of cheese, but if you only have enough for three cups, don’t let that dissuade you.

4. When the macaroni is cooked through, drain the pasta. Leave it in the colander for the moment, and return the pot to the stove. Turn the burner to low.

5. Pour one cup of milk into the pot, reserving the other 1/2 cup in the measuring cup.

6. Whisk 2 Tbs of flour into the reserved 1/2 cup milk. (Note: Do not add the flour to already heated milk… your flour will clump up and the cheese will recombine in the milk when making the sauce.)

7. When the milk in the pan starts to steam, add the 1/2 cup milk and flour to the pot, stirring quickly to combine. Continue to stir gently until the milk has thickened to the consistency of cream.

8. Mix in the cheese, one handful at a time, stirring until each handful is melted into the milk. Then stir in the mustard, extra 1 tsp of salt, 1/2 tsp of garlic powder, and 1 tsp paprika. (The garlic & paprika are the second and third secret ingredients for this recipe. I promise you that the finished product will not taste garlicky, but the additions make the flavors pop.)